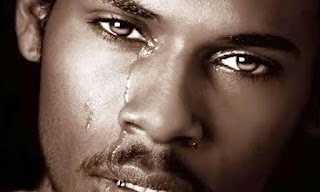 I know I might die tonight. I know I deserve to. I know this place has to be a hospital. And Everything seems to be fading. Now, I realize nothing was ever real. Tears gathers at my eyes, goose bumps crawls all over me, and a cold feeling envelopes me. My nose seems covered with some mask, and my eyes is held by this silver chandelier, dangling on the white ceiling. This is exactly same chandelier I bought for Ese months ago. It begins to play again in my head, slowly and painfully. Memories rushes through me like water gushing through a rock.

I remember how Ese would cling onto me with her wet warmth. Plying me with all delicate intricacies and my eyes would pin onto the Silver Chandelier, half-shut, like a man long lost to insanity. And truly I was lost because I had never met any beauty that could rival hers.

Ese was a coffee-brown beauty queen, I met at MBGN in 2016. That night, her beauty was ravishing at its peak, and I had not seen something as perfect as she was. Eyes trailing every piece of her. I was all over her, in few weeks, I had established her: bought her Acura NSX, a Semi-detached house and her own modeling house. Our affair was mildly private until the morning my wife confronted me.

“Who is Ese? Who is she?” She appeared like a wounded wolf, hands on hips. Head, dangling with each question.

“What are you talking about” I responded with mild interest.

“Infact, this does not make any sense. I thought you said you were going to UAE to see some clients.” Her voice quaking with bitterness and disappointment. “You are a Liar,” next thing, she broke the tab on my head, “how could you take nudes with another woman.” Tears rolled down. She was not a quarrelling woman. It must be that photo where ESE was riding me, I loved that photo & I refused to delete it from my laptop.

My wife had been a godly, subordinate woman. I had never imagined such actions from her. It shocked me. But I was far too power drunk, who the hell was she to talk to me in such manner?

“You!” I pointed at her, Luis Vuitton belt in hand.

“You have gone mad. To that madness, I must join you.” I ran after her, threw her to the marble tiles, and for the next one hour, punches ascending on her and beat her until she passed out.

Immediately, I dissolved our ten years marriage, abandoned the house for her and my son, and relocated to the Capital territory.

Ese became the reason my heart beats, until two weeks ago, when I arrived from the airport amidst a pandemic rumors. She suddenly started avoiding me. For a week, I kept calling her, no response, and she never returned the calls. So I drove down to her place, knocked on the door. Ese appeared by the window.

“Sweety boo, Is that you? Awwnn… I missed you?” Her words slipped out like that of a serpent.

“Ese, I’ve been calling you. You didn’t pick up? And why are you talking from the window. Open the door.”

“What the hell did just say? Excuse me”

“Honey, C’mon, have you not being watching the news. All the senators who boarded same flight with you all tested positive to the virus. You know I love you. But, boo I’m social distancing. I think you should go check yourself.”

“So wait. Is this what you’re saying? I came to tell you I have been feeling dizzy and I needed someone to talk to ‘cause everyone seems to be running away. And, you’re here talking crap. Just open the damn door.”

“Please you have to leave.” She boldly said.

“Are you mad, the house I bought for you? I’m
gonna break this damn door. This house, your life, I bought all. So, you want me to go and die in those their quack hospitals?”

The next minute, a van drove into the compound with the tag, ‘Nigeria Centre for Disease Control’ they were all wearing nose masks, waterproof-like coveralls, hand gloves, and then, they came at me, I resisted. They overpowered me, injected me, and bundled me into the van. And all I could hear was Ese’s voice, “take him, take that disease infested man.”

And later, I woke up in this empty room. I have realize that I was never truly powerful. I have realize that everything, all the pleasures of life was never true. I realize that love always had a price. Ese’s love had a price tag. My friends’ love had a price of social status. The world’s love had a price of wealth. There was never any true love. When I truly wanted love, everyone ran from me. Tears gushes out of my swollen eyes, uncontrollably. How can I possibly survive this? I had everything yet there is no cure for this. I know God has decided to punish me, I wouldn’t fight it, I will just die. I am about to shut my eyes and suddenly, I see a figure from the left end of my eyes. I turn, it is a lady.  She is wearing a nose mask, with a big coverall. I know those eyes. It is my wife.

She broke the first tear, and my own followed in an unbroken stream. Then, in that moment, I realize that family is everything.