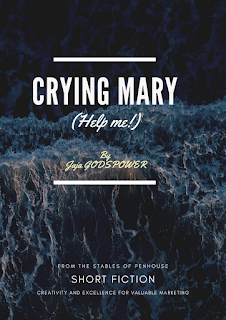 If I could turn the hands of time?

BOOK THREE: UNLEASHING THE BEAST
When will all these nightmares caterwauling around this house stop? I wish could just sleep and never to wake up again. In times like this, when living is worse than dying and dying is better than living, peace is only a friend to the dead. Sometimes I wish there was no day, so we could all sleep forever not to face the wrath of this hydra-headed monster, this unleashed beast. Dad is parking clothes into his box, with an angry face like that of hell boy. Mum is looked at her husband in dismay. “Daddy where are you going to? You are parking your clothes…” I asked in the most weak and trembling manner in fear of what might come out from that question. “I am sick and tired of your silly ass mother and your silly self. I’m leaving you for good. I know that a lot has happened to dad, he’s suffering but he doesn’t know that.
Despite his brutally, I still want him around us, he still ensued that we don’t lack anything. I thought about the good times we had, how we played on the beach and other beautiful places. These fantasies rolled down uncontrollable tears that ignites another woman in mum. She was furious that I cried because dad was leaving. “So now you are crying? So you now prefer your useless and senseless father to me right? It’s ok. Do you know how he beats me because I’m trying to protect you? Well, no problem, sit here and cry your ass out. Rubbish!” She walks out in disappointment, sobbing in tears.
“I grew up to know that my destiny was like that of a plant at the road side that is fated to be killed. Either being trampled upon at tender age or harvested prematurely by passers-by. I lost hope in life, I was isolated, and loneliness became my closest companion. I had no assistance from my parents anymore… …they don’t even care about my schooling or anything that relates to me. My parents would engage in series of fighting and quarrelling, only to settle their differences on my poor little head. I was pushed from one side to the other; from my father to my mother and from my mother to my father, until I was finally detached from the family.”
Then, I disconnected myself from reality to convince myself that this isn’t real. My father was never available. My mother tried all she could, but was constantly receiving the beating of her life by my cruel father. She was disillusioned, and she stopped plunging into the path of the beast. With the help of Miss Clara I resume schooling, she would come pick me up to school and drop me back after school. And now, here I am struggling with some assignments. This is why I hate going to school, everyday series of assignments that I end up returning empty. And if I manage to do any, it ends up in a total disaster, I will definitely fail everything. I am now seen as a failure, this was the best student in Hallel College before this pandemic that has swept away the peace and love in the family.

BOOK FOUR: CHOOSE THE DEVIL YOU KNOW
Series of event occurred, mum has lost three pregnancies due to father’s beating; brutalities and ruthlessness, and out of the fear of the beast, mum divorced my father. She got married a senator, a very prominent politician in the country, he is sometimes called ‘the general’. Mum divorce was not legal, she feared for the consequences of asking for a divorce. So she absconded with me to another state that is very far from our own state.  That was where she met senator Dunga, he is also divorced. The common ground between them soon gave them a safe landing. He promise to enforce the law on dad for violating human right and for perpetrating domestic violence. Mum was not too happy, she doesn’t want dad to know where she was, so she begged senator not to do anything, but I know it was out of undying love mum still have for dad. They were lovers from the high school days. There different university education and NYSC could not separate them. Even when all pressure from family and society was on mum to marry someone else, mum still remained resilient and conquered. Whenever she narrates these experiences to me, the tears in her eyes and the hurts in her heart, I fear for getting married. I will never get married I swore to myself.
It’s been months now, and dad has not called, neither any trace of any effort of looking for his wife and daughter. Not even a TV or Radio announcement. He never knew where we went to and never bordered to search for his family. I have hated dad now and more that I could kill him. This hatred grew into a disease that I refuse to accept mum’s new husband as a father. For me, knowing and having a father is the worst thing to happen to life. I preferred I never knew my father. And now, my mother has taken me to another man; there I know that the devil you know is better than the angel you don’t know… …my step father made life more unbearable for me, for us all. Every day was another nightmare, praying for the sun to shine when we close our eyes in temporary death. One day… I knew that my mother indeed took me to another man.
Step father woke up from the wrong side of the bed, and he has been looking for a victim that he would sting and release he scorpion venom. I was the unfortunate victim of such a cruel and callus man. The sound of the whips on my body could break down the entire building. This was not the thorn of whip used on Jesus but this one rips out your soul. “Next time, you’ll learn to keep your eyes on the ground, you dummy! Fool! That’s what you are, as tiny as you are, you can’t do little tiny things. You sit all day and waste your useless life. Just die! You poor little witch! Die! You bastard and good for nothing bitch of a girl.” He chased round the living room, mum had gone out to the market. By this time I was covered with blood stains like Jesus on the cross. I think this time I’m dying for my sins, the sin of coming to this world. Mum returns at the peak of the military drilling, as she tries to intervene, she receives a thunderous slap that resets her brain. She finds herself roaming the floor in search of something she can’t find.  “Don’t you dare intrude whenever I am correcting this child” “what has she done wrong that you use this kind of whip on her. Even animals don’t receive strokes from such whips.” Mum still tries to respond from the ground. “Animals? Are they not far better than this thing you brought into my house from your coursed husband?” This was the height of it, I hated him the more, my hater for his like the sand at the sea shore. The looks in mum’s eyes are tearing me apart. I no longer feel my own pain but hers. She has never felt this way before. “You that forced me to divorce my husband. That you will accept me and my daughter, to take her as your own… You promise to love me and my child.” For the first time, I saw a beast tamed. For few seconds I saw the deadly lion caged. He could not look at us, maybe he is sorrow, and maybe mum’s words got to him. Shockingly he gave mum a reverberating bazooka slap that knock her out. Then I realise the quietness of the lion is not for joke, then I realized that a beast is a beast, you can never tamed a beast. Don’t ever try to tame or cage a beast.
“This was how I was brought up. My father taught me this way to be the best. He never gave me the soft way. The hard way to train a child was his principle. My father was hard, rough and strict. Whenever he returns from work, I and my siblings will run to hid ourselves. The fear of our father was the beginning of wisdom. He believes he must handle the child, whether male or female, hard so as for us to be able to face the huddles of life”. He storms out from our presence. He is a broken man, he has not healed from the past. Why must I suffer for his past, for the crime I never commit? If his father was never a good father to him, why can’t he try in being a good father, or at least a good man and husband to his wife. Because that now that just left this place right now, can never be a father.

One thought on “CRYING MARY 2”