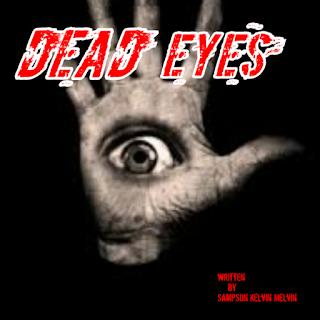 It came in the night like a hurricane, it came with the force of the Atlantic, flooding in on earth. Like earthquake it came bringing down any and every building in it way. It came like fire burning through the life and lifeless inhabitants of the earth. It came bearings crown distributing it to it’s prey, given the kingship as a sign of a conqueror. It came to us nothing knowing but known by others, it came with the wind, the wind of change to wipe out every one. We know one day the world will be wiped out and remand but we don’t know with what and when. This dreaded beast in form of nothing has come to show us that we are still humans in the hands and eyes of the creator.

This horrible termite with the agenda of a predator to his prey, has come to make known that death is death and death has no ranking so as birth. The same way you came so did Bobo an joy, the same way Jaja die so will Obama life will leave their body and render them lifeless. In this times of plague the power infested ones want to save and become even more power in the war for belly kingdom, the greatest of all wars. This parasite has turn the hungry but helpless into nothing but prey and the hungry but strong into predators, predators for the powerful predators and for themselves.

Walking in the street will be determine by you species a predator or a powerful predator. The weak and meek hearted must hide for their breath’s and foods are numbered. I call this “the war of faces”, the face of hunger, the face of survival, the face of living, the face of domination, the face of power holders, the face of suffering,  the face of death and the face of a new world. This faces are stages that cannot be averted but embraced for life to remain on earth. Everything on earth will change for what it is to what it will be, nothing is anything anymore, one plus one will base on who is a predator not two as it was, the preys will not be poppet but poppet value. The food you eat, the time you sleep, the cloth you wear, the work you do, the wife or husband you marry, the children you bear not amount alone but the gender as well, what you say who you say it to and how you say it, how many time you can Bath in a month, how you make love to your man or woman.

In this times all this are happening in deferent part of the earth but when this dreadful war of faces began it will all happen in a place, a place own by one of the powerful predators it will all happen to the inhabitant preys in that powerful predators domain. If you think favour is not fair then wait and see what the world has in place for you in this new war of faces. Everything and everyone you know and love, you will love and know them no more. But life will look for a way out of existence, life always wines, the circles of life will not be in balance because the powerful predators will slow the birth and increase the death.

This is to prepare you of what to come, if you will be alive then start turning yourself into a predator if not a powerful predator but a predator so you can be among people that will be poppet not poppet value. Know this and keep it in your mind “the world will be you and you will be the world if and only if you prepare for the war of faces…”