Lockdown for better or for worse 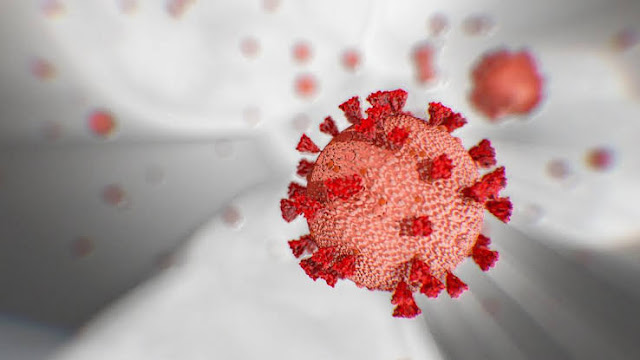 CORONA VIRUS: Extension of the Lockdown,       Yes or No?

So basically we’ve been at home for close to a month now, on a lockdown to curtail the outbreak of the deadly Chinese virus, code named COVID 19.  It was with genuine concerns and good intentions that the government imposed a total lockdown in three states of the federation, and other state governments with good reasons quickly followed suit, restricting movement and banning large human congregation while halting inter-state transportation.

According to Arnold Glasow,“ One of the test of leadership is the ability to recognize a problem before it becomes an emergency” our government has once again failed in this regard. We had the luxury of time to recognize the threat this virus posed on our lives if allowed to thrive, before the index case was discovered in Lagos, we’ve watched and heard about the devastation this virus is capable of inflicting especially in Wuhan, the Chinese city it originated from. Our government should have been proactive by immediately halting flights to/from this high risk nations as recommended by social observer’s, they hesitated,  and some people accused the government of dilly-dallying until their family, friends and cronies all returned from the abroad before they did what was necessary at that time.

After the Lockdown was finally imposed, we all hoped that it’ll slow down the spread, while treatment is carried out on the few infected, and we’d be Covid 19 free in a matter of weeks.  This  was not to be as the Numbers kept increasing and the economy was grinding, The government in response rolled up palliatives and further extended the Lockdown, it is safe to say that this has not achieved it’s desired results, as the Numbers are ever increasing and the fragile economy which is suffering from the fall in crude oil price is already faltering, so what then can we do?

It is obvious even to the blind that our government cannot provide the requisite palliative to mitigate the effects of the lockdown, we are broke and social distancing cannot be observed on a hungry stomach, The lockdown should not be extended, make no mistake about it, I appreciate the enormity of the challenges we face, but the Lockdown has not served the purpose for which it was imposed in the first place. Rather we should take a more pragmatic approach, enforce mass wearing of mask and increase the testing and treatment capacity. Pretending to do a palliative that doesn’t reach a fraction of the poor population is delusional and self-serving while crippling the economy.
The government should encourage mass production of mask locally, if possible it should  be subsidized so everybody can afford it, and then impose mask wearing in public while engaging in mass education of the general public.
Ultimately, we need to balance out the risk. Hunger, Police high-handedness in enforcing the Lockdown,  ignorance and other illness will kill as many daily as the deadly Chinese virus.  So my recommendations are, Do mass production of mask and insist that it be worn in public, Do mass testing, after almost 3 weeks of lockdown we still fall short in test carried out when compared to other African nations, this means we cannot ascertain the number of those already infected with the virus especially the asymptomatic carriers, this is one area i had hoped the Lockdown would have enabled us to achieve success,  but it failed. The government should continue with treatment of already identified cases and involve in mass education of the public, it is sad but true that some persons still do not believe in the existence of this virus, some has gone as far as washing their hands and drinking the water just to discredit the severity and existence of the virus, so mass education and enlightenment campaigns is very important and finally we should relax restrictions and reopen the economy.

Kindly express your disagreement with reasons.

5 thoughts on “Lockdown for better or for worse”