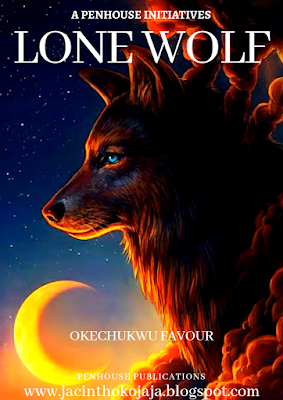 Isolation is the thought of evil

I grew up in a cruel world where I thought nobody was a friend I had a father and a mother but I did not love them, I only saw myself as an evidence to prove that my father was not impotent neither was my mother barren. I always remained lock down in my room because it is the only means for them to keep an eye on me. I grew up in a Christian environment where I believed that one day a time will come when I will have to kill my mum or dad and I looked forward to it. I am evil child so the neighbors will say but my parents believed that I’m a child that came from God and that one day I will be better and I would improve. My name is Maya, my dad’s name is Diego and my mum Emelia. With the kind of mindset I grew up with, I gave cold shoulders to everyone including my parents and the thought of school was a nightmare.
I saw school as a place where teenagers of my age without choice gather, wearing the same material from Monday to Friday, and I saw teachers as jobless and wicked adult that come to spell out strict rules to us. I was never focused so I really did not do well in school and so I was given the name “LONE WOLF” because I was only on my own though as a beautiful girl boys would want to associate with me, but I always shove them off. The head teacher Mr. Alex would always tell me that my case is a spiritual case, he would always use it to make jest of me. Spiritual church was another problem entirely, I saw it as a place where some cool kids come to show off dresses and people like me come simply because your Mum wants you to come. At home I was always inside my room with my phone and laptop, most times watching TV. My room was my little kingdom and my solitary please in whom I find Solace. Life was a mess for me; when my dad saw that my predicament was not getting any better he suggested that we move out of the neighborhood and my mum loves the idea but I did not care, they can do anything they want as far as you don’t cross my path. I’m just an unreasonable evil and wicked child.

Soon enough we are in another neighborhood, I can say it is much better than the previous and I loved it. But that did not really changed me, my room was way bigger and that was the first time I thank my dad for anything. “Thank you dad. I think I like it here. Thank you.” I said this I left. Dad felt really happy and said that I was improving but who cares. Strangely I was always drawn to come out of my house and walk around. I did not remind you of my new school; Rose High School it was always full of fun but I did not want to change my lifestyle so I maintain my cool introverted reverse type.  I do answer a few questions from people and wave at a few people but I did not attach myself to any friend because I did not want social drama. I just want to be on my own. This attitude of mine has for long been a mystery to my parents, teachers, and classmates and even to myself. I can’t tell why I act the way I do and why I hate and treat people the way I do.  22nd of July was a day I would not forget I looked out my window and noticed that some neighbors are moving into the estate. I found this strangely interesting, it was more like a nice movie to watch. They had so many nice properties and I wondered what a nice house they would have
.
Then something strange struck me, I saw a guy about my age coming out of their car, he may be the son or something but he seemed really cool and I thought he would be a really good friend. I immediately shoved off the thought and remembered that I was the undisputed Lone Wolf. Just then I heard my mum calling out my name to come and help them out. I hesitated a little but when she shouted again I could not stand it, I head straight towards the downstairs and helped them, after which we sat down a little to discuss with them. I felt bored and uncomforted, I felt more uncomfortable when I asked the young guy I saw few minutes ago to show me around, I knew that would involve a lot of talking and I was not ready for that. Why am I asking someone that just came newly to the neighborhood to show me around, it should have been the other way round? I still can’t fathom what’s happening to me with the presence of this guy. “Come off it! This is not love! No! No way! I can’t do that shit!!!” I said to myself as I kept a poise look. We started talking and he introduced himself as Greg Williams and ask mine, “I am Maya Priye Diego” I introduced myself too and we properly introduce ourselves and talked a little, he asks about my friends “So your friends, do you have any around the neighborhood we could go visit, you can introduce me as the new guy in the hood” he suggested as he keeps a sexy face and feeling himself.

“He is proud, I can’t have anything to do with one” I said to myself. And when I told him I have no friends, he just laughed it out. I did not care I owe nobody an explanation for my life, no apology at all. Soon it was over, we needed to head back home. I hate him so much, just on the first day he tried to kiss me. What guts! I blame myself not him, my parents and I headed home. The thought of Greg keeps spinning in my head. “Why am I thinking of that boy, despite trying to kiss me? Maybe he made me feel the way I’ve never felt before. Maybe there is a side of me he brought out”, these thoughts raced my head repeatedly. Now the problem is how is this possible? This has never happened before in my entire life and somehow I enjoyed our discussion. It is the only discussion I listened to and smile often. House was right opposite there’s such that their balcony is facing ours and my room window is facing is own window. “How do I cope with the challenges of opening a window to see him?” It was really scary, I would always in fright shut the window each time our eyes lurks at each other. It was a Monday morning and I had to go to school, well I did all I should since I was the only child. There was no stress of siblings and soon I was on my way to school and I go to school. I settled in my class. I want to become a lawyer so that I can aid the death and punishment of some people, it was part of my assignment here on earth and I look forward to it
I almost had a heart attack when the school vice principal came into our class with Greg saying it was a new student and he would be joining us. We were 21 in art class and two people sat on the same decks in pairs, I was the only one who had the part of my desk blank. So Greg was asked to come and sit with me, I was so scared but I had to concentrate and for the record I was doing better in Rose High School than in my previous school. I remember one occasion, a guy called Jimmy called me a beautiful alien saying I was insane and that I am not from Planet Earth and when I couldn’t hold it back, I gave him in his coin. I emptied the venom of my wild mouth into his heart. Each word from mouth was like a sharp sword and a metal spear thrusting into his chest. I added the last blow by calling him a mistake to mankind, he got so angry and wanted to hit me. So I closed my eyes in fear waiting for him hit me. I couldn’t fight him, none in the school we know could challenge him so I used my vocal strength. After some time, when I opened my eyes he was on the floor, Greg had attacked him from behind and I was really happy I don’t know how it happened but I ran to hug Greg and gave him a kiss by the side. I was shocked and I regretted my actions a little, immediately I left him and I apologize, “so sorry. Thank you very much” at this point I felt the world on me, like I have committed a hideous. I ran out of the scene immediately, heading home.