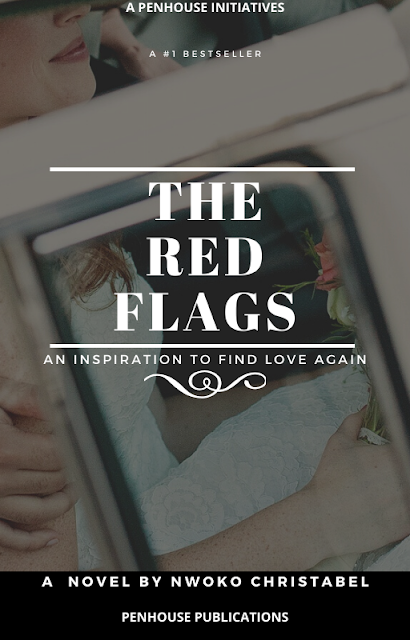 YOU MUST FIND A REASON TO LOVE

Sarah was 18 years old, when she thought she had met the love of her life. It was her first real, serious relationship and she couldn’t have been happier. Francis swept her off her feet without even trying, and Sarah just didn’t think, things could get any better. They were both young and had a long way to go, Finally Francis travelled out of the country to further his studies and she lost contact with him. She was heart broken and devastated. She was convinced she would never find love like that again. She then focused all her energy to her studies.

At 20 years, all Sarah wanted was to grow up, wear makeup, hang out with a good man who she would end up getting married to. As she grew older, she made the dumbest mistakes, she date guys too seriously. She felt that every relationship must lead to marriage!
But who will blame her. A girl child were raised to eventually be someone’s wife. Sometimes,
Sarah’s parents even made jokes like, ‘you’ll marry one day and be somebody’s wife,  ‘When I was your age, I was already married’

Sarah became more desperate when her child hood friend Florence got married at 20 years old. Then, she begin to put so much pressure on herself to get a man.

Five years later, When Sarah finally pulled her self together and was at her final year in the University, but was still Single, She became so eager to get a man in her life. She decided maybe it was time to sign up for an online dating app and give this whole relationship thing another shot because, it felt as if almost all of her close friends were engaged or some are already married and she was the only one who was not finding Love as she yearn for Love and companionship. She instantly began the search for her own Prince charming online.

She meet so many guys on the dating site but one guy caught her attention, Mark was his name, He was persistent. After exchanging many messages with him, she agreed to meet him in person and have dinner with him. When Sarah and Mark met, she was pleasantly surprised by how much she enjoyed his company.
Mark seems to have some of the qualities she needed in a man. Mark was 32 years old and was also under pressure from his parents to get married.

From that moment they met they shared an amazing chemistry. At first, Mark was warm, friendly, gracious and polite. After three weeks of spending just about every day talking to each other on the phone, Mark told her that he was in love with her, and Sarah too, had to admit that she had fallen for him. They talked on the phone every day. Thier bond strengthened over the following few months and Mark decided it was time for him to visit Sarah’s family.

“so fast, wow Mark is a complete package” Sarah had thought excitedly as this was what she always looked forward to, She had always wished for a man who will take thier relationship seriously.
When Mark met with Sarah’s parents, he got along well with them and they liked him immediately.
Mark was a well built handsome man and Sarah had never dated such a hunk, Mark has a great job and was doing well for himself, He was an Engineer and he worked in a big engineering firm and Sarah have  always wanted to date an Engineer. For the first few months, Mark treated Sarah like a queen as thier relationship got serious pretty quickly. And nothing else mattered more to Sarah, other than to end up being married to Mark.

In the beginning, Sarah regarded Mark as being perfect.
But As time goes on, Sarah spotted RED FLAGS(Warning signs) that she totally ignored. Sarah wasn’t aware that her nightmare was staring at her right in the face. Faces can be deceptive, as it doesn’t show all the hidden traits and character of someone. Mark was not a gentleman as he appeared to be. Yes everyone has flaws but Red Flags are not flaws but warning signs that no one should ignore.
Mark was a habitual liar and a manipulator.

Mark was a man who does not honor his word. He always exaggerated the truth. Mark would stretch the truth in order to impress Sarah , he was full of tricks.He lied to Sarah for any reason.

He Ignored The Boundaries Sarah had Set, Mark always push her into things she doesn’t want to do, Mark was a Drama-King
He starts arguments and fights, and not just with Sarah but with anyone.
Mark Doesn’t Get Along With Sarah’s Friends.

Sarah’s friends really, really disliked him. Especially, Florence , Sarah’s long-time friend, Florence kept voicing “red flags” about him, but Sarah didn’t listen to her. It’s was really hard for Sarah to see something negative going on in her relationship with Mark because her own emotions were caught up in it.
Mark was always Too Busy For Sarah.

He calls her at the last minute to go out. He’s never sure when he’ll be available, thier plans together constantly change to meet his needs. And yet, when it comes to his friends, sports, and work his life is scheduled weeks ahead. Sarah was his last priority and he always made her Feel BAD

One time, it was Sarah’s birthday, she was in fact expecting a gift from him as he had bragged for months that he would surprise her with a perfect birthday gift,  she was so disappointed when Mark called on her birthday and said:
“I wanted to get you a really nice gift but money is tight, so if you don’t mind I’ll get you a gift next week”

Sadly, many weeks later, Sarah never got anything from Mark. Yes Mark earned good money,  he was financially fit but he was Irresponsible when it comes to spending, He spends money lavishly and the next moment,  he would be dead broke, many times, Sarah had tried to advise him on how he spends his money lavishly but he became upset instead

He would promise her the world but delivers nothing.
He has broken promises he made to her over and over again but Sarah kept ignoring it.
Most times, He swears he’ll take Sarah out for date, She will plan towards it but at the last minute he would say, “sorry I can’t take you out today, maybe next week”.

Soon, Sarah realised that Mark was short tempered, he gets angry easily over little issues
He was an expert at justifying, explaining, and defending his position. He was so good at defending himself. He was also a proud person And When a man’s ego is bigger than his brains, that’s a major RED FLAG. This is because his ego will always get in the way of his sense of reasoning.

They hardly stay for two weeks without having issues and anytime they have issues, He gets violent or would threaten Sarah with a break up.
Sarah didn’t take a look at how many times Mark had let her down and she kept making excuses for him, “No one is perfect, Mark is a good man, I can’t leave him because of his few flaws,  I love him” She told herself.

Sarah suspected he was cheating on her, but could never prove it. Mark was a Master at lying, and manipulation. When he was cheating were the times he was the kindest. If Sarah questioned him he turned the table on her and made Sarah feel she was to be blamed.
“We have been dating for more than eight months and you have refused to give your body to me, what do you expect me to do, I’m a man and I have sexual needs” Mark would
say.

Few months later, Sarah finally gave in and they began to have sex. They had LOTS of sex. Sarah thought that was LOVE and CONNECTION and INTIMACY! She felt like a “good” partner — Mark hit the jackpot with Sarah in the sex department! She never said NO to sex, except when she was not feeling well or too tired, which was rare at first. But the NO was always followed by guilt because Mark usually let her know how disappointed he was with her if she said NO.

This was very subtle — He would give her silent treatment for the next few hours, cold shoulder, disappointing glances, guilt trips with statements like “we haven’t had sex in sooooo long, if I cheat, its your fault” even though they had just had sex a few days before. Sarah and Mark dated for Two years and those two years, she aborted five pregnancies. Mark would hurt Sarah and then turn around to play the victim. And then he would claim to be extremely in love with her. Love bombing at its finest! Except Sarah didn’t know it was love-bombing — She just thought that Mark genuinely cared for her and loved her.

Mark accused her of doing the things he was guilty of. It got to the point, even if there was a chance something could be misconstrued as wrong, Sarah avoided doing it. It could be something as simple as taking an alternative route home. She didn’t realize that Mark’s behaviour was abusive, She just excepted him for him.
The worst was that mark was selfish.
It always all about him, all the time, And there was very little room for Sarah’s voice to be heard or her needs to be met. Even picking a movie at the cinema or to pick a restaurant where they will hang out becomes a battle

When things don’t go his way,  he gets very upset and of course he would blame others. He hates to compromise.
Most times, they hanged out alot, They went on long walks and car rides, They went out for dinner in fancy restaurants and they had great conversations, Most times, Mark would shower Sarah with expensive gifts, They held hands and kissed like normal couple, They appeared perfect But thier relationship doesn’t feel right.

End Of Episode 1
To Be Continued