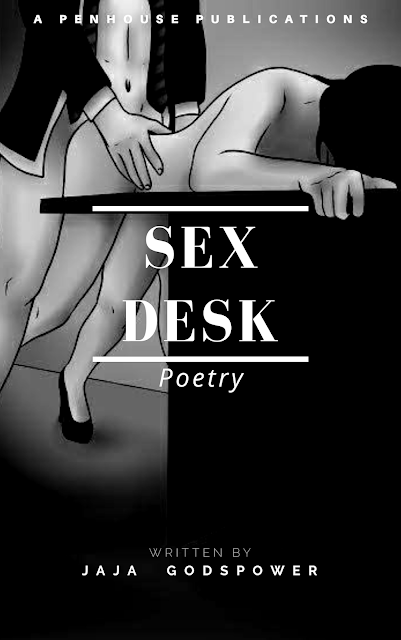 The pleasurable pain
*FUCKING THE CEO🔞*
*Desk sex*
An episode 🍆💦
By Soft… I offered him my pussy to get
this job and I had no regrets offering him again and again to keep it. He was a good fuck and treated me well.
*–*********–***
Being a Personal Assistant for Mr. Tayo can
be very tasking. He was a very busy man and this meant I was usually busy too.
†****-**—
I made sure his schedules were well arranged and I sorted out so much for him while he was busy attending meetings and making money.
Mr. Tayo was in the Real Estate business so there was usually a lot of running around, but whenever we were at the office, he had a special way of cooling off.
I was at the office, sorting some paperwork when he returned from one of his meetings. He went straight to his desk, sat down behind it and demanded for a glass of water.
I hurried to offer him one then returned to my desk. He soon called for me again. On getting there this time, I found him looking a lot more relaxed. But there was  something else. Looking down towards his laps, I saw he had unzipped and his big black cook was erect and waiting.
I knew what I had to do. He swivelled the chair to face me as I bent down over his cock. I kissed the tip before I slowly slipped it in my mouth. I bent over just the way he liked and he could have a nice view of my ass.
I was only allowed to wear a dress since I began working for Mr. Tayo, so my short green dress rode up as I bent to service my boss. He began to moan loud as I sucked him. He held my head down in place and took matters into his own hands my thrusting into my mouth. I kept my mouth open so he could fuck me straight
down to my throat. This was what he liked.
He grabbed a hold of the hair on my head and fucked my mouth until I gagged. He then pushed me up and told me to face the desk. I did as I was told. I turned to hold on to the desk and he came to stand behind me. He raised my dress and took a second to admire my ass. I was also not allowed to wear panties, so he could have easy access when he wanted.
He began to rub his dick against my ass and I started to feel some wetness from his precum. He slipped his big hard dick in between my ass cheeks and began to move up and down. He did not enter me but only continued to do what he was doing to my ass with that black cock of his.
This move was turning me on. I gripped the table as I started feeling some wetness drip down my pussy. I wanted him to fuck me soon. I moaned as I waited for him to enter me. He pushed me down by my neck so I was completely bent over and open for me. He grabbed my hip and entered me. For a while, he entered me with shallow thrusts to tease me. I moaned out loud as he did this.
I pushed up against his dick so he can enter me fully. I so badly wanted to feel that big cock deep inside me. I started to squirm and attempted to push back and fuck him.
He stayed in place while I did that but no matter how much I moved, I could not get him as deep as I wanted.
After a few seconds of punishing me, he rammed into me, hard. He gave me three sharp, hard thrust as punishment for my impatience. I cried out at the sweet feelings.
He then went a little gentler and started to grind against me. Now I could feel him hitting deep where I needed him. I grinded against him too. We continued fucking this way until my legs began to shake as I felt my own cum coming. I closed my eyes and as I was about to cum, he smacked me hard on my naked ass.
The piercing pain and the pleasure of my cum made me scream so loud that I thought the whole office would rush in in alarm. My cum was with such intensity that my whole body began to shake and I was dripping in sweat.
Mr. Tayo was no longer gentle, he dug his nails into my ass and began to pump me so hard my pelvis was hitting the edge of the desk. I was in a daze with each painful, yet sweet thrust.
Finally he pushed me so hard against the desk, entered me so deep and squirted his cum into me. I tightened my pussy around him to suck out all his sweet juice just the way he liked it.
End.