The origin of sanitary pad

The Father of Modern Gynecology” 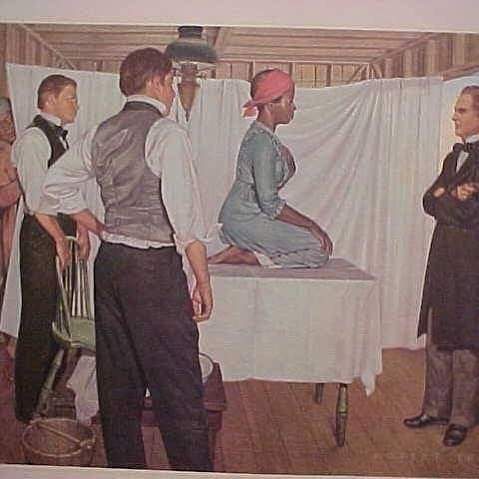 Did you know that J. Marison Sims a.k.a “The Father of Modern Gynecology” used African women during slavery for surgical experiments? Sims medical experiments on black women created a cure for “vesicovaginal fistula,” which allowed him to detect and cure illnesses such as cancer before it became deadly. He did not provide the slaves with anesthetic or medicine to numb their pain during these procedures, and if one of them died from complications or excessive bleeding, he simply replaced them with another slave. Because slaves were not seen as fully human and considered “private property”, it was completely legal for slaves to be subjected to all sorts of violence and medical experiments.

Learning about these horrific things makes my heart heavy, but I refuse to hide these historical facts. I will not allow my ancestors brutal experiences to remain unnoticed just because some people feel uncomfortable when the history of slavery is discussed. I also want people to understand that slavery wasn’t just about people being raped and forced to work for free for 400 years. The most devastating thing about slavery was the psychological terror that blacks endured. Nothing compares to being kidnapped from your homeland, sold and treated as “property,” having your families divided for a lifetime, raped and brutalized to the fullest extent, used as medical experiments, and experienced psychological terror everyday for centuries. Many African-Americans still suffer from post traumatised slave syndrome.

A lot of people are unaware that slavery was less than 150 years ago, which is not more than three generations ago. The transatlantic slave trade started in the 1400s and slaver legally ended in 1865 in the United States. That is over 400 years of social engineering, brainwashing, and terror that blacks have endured. This dysfunctional behavior has been passed down from generation to generation, and unfortunately it is going to take more than 150 years to properly reverse this mindset. Blacks never received psychological therapy after they were legally free. They were just forced to “get over it” and “move on,” and of course that’s the effects now. Most Africans are crippled mentally, weak minded, poorly developed and can’t think straight!!