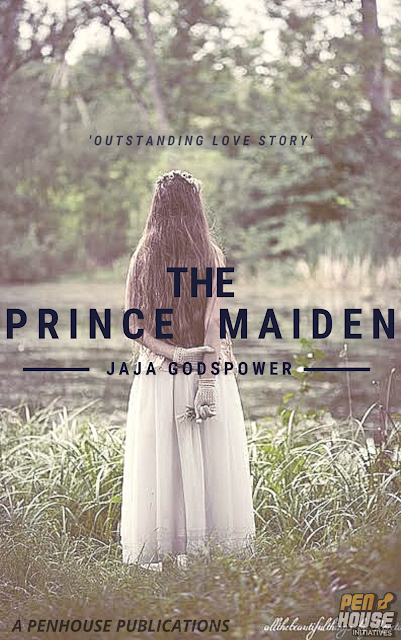 Tyler is a Prince and a business tycoon.

It’s customary for him to pick a bride from his Hometown.

He ran away from home so he wouldn’t have to pick a bride from his community because they are all naive, dull, clumsy and stupid.

Instead he travelled to another country and changed girlfriends every week.

In short, he’s a player and apart from picking a bride, he doesn’t want to be held down by marriage.

Eventually he came back to pick a bride because he was threatened by his parents.

On the day he was supposed to pick a bride, every girl in town lined up and gave description of them in hopes of being picked by the prince.

One of them stood with a bored look on her face and yawned endlessly, eager to give her description and be on her way home.

When it was her turn, she described herself in the worst possible way.

What happens when she was picked by the Prince’s parents?

Her parents are happy their crazy girl is finally getting married and to a PRINCE.

His parents are happy because they think they’ve found a perfect match for their son and she would be the one to TAME HIM.🤨🤨

Will she tame him?

Will they fall in love?

Or will they break up at last?

How would life be of the two people who aren’t interested in marriage?

Let’s find out in this story

“Ughh….” I groaned as the first ray of sun met my eyes.

I thought I shut the blinds yesternight, I must have forgotten.

I looked to my side and took a look at my new girlfriend.

I met her yesterday in a bar and asked her out.

She had said yes immediately without blinking an eye.

She’s slender, tall, not to bursty, moderate ass. Totally my type of girl but I don’t think I can keep her for this week.

Last night was too rough, I can’t keep up with her.

She’s wild in bed and has gentle deceiving looks.

I thought of a way to get rid of her as I headed to the bathroom.

I turned on the shower, the cold water met my skin causing goosebumps to rise.

I bath quickly and dressed up.

Deciding to use my usual methods, I picked up my phone and called my personal assistant Jerry.

📞”I’m tired” I said into the phone when he answered

📞”Okay” he replied and hung up

He knows what he has to do.

The girl steered, I don’t even know her name, and gradually opened her eyes.

She blinked rapidly, her eyes trying to adjust to the sunlight.

Her naked body glittering in the sunlight, just the perfect body.

“Ohgawd, what was I thinking yesterday. She doesn’t even have a nice voice” I lamented in my head and turned to face her fully.

“Why are you all dressed up, come back to bed, let’s have a bit of fun” she said seductively

“Come on, don’t be shy” she smiled

I heard my front door open and close.

Jerry has a spare key to all my house mainly for a case like this. Chat MartinMartino on zero eight one eighty thirty fourteen twenty one to be added to his WhatsApp group .

“Thank God” I muttered under my breath

“What did you say?” She asked

I ignored her and waited patiently for Jerry to enter the room.

The girl quickly covered my body with the duvet, “who’s this?” She asked

“My Personal assistant” I answered “How you doing Jerry”

“I’m fine sir, we have a problem in our headquarters and branches sir”

“What problems?” I furrowed my brows

The girl sat up to listen to our conversation

“All the employees in our branches suddenly quitted and the headquarters is running to bankruptcy” Jerry bowed his head.

“All these happened under my watch?”

“Sir, I think your rivals are behind this”

“Where do I start from?” I slumped into the closest chair, “how do I take care of my girlfriend?”

“Don’t worry dear, we can scale this through together” the girl said

“My parents are rich, very rich and I’m the only daughter”

I looked at Jerry from the corner of my eyes.

My eyes saying “this isn’t working, do another thing!!!”

“Sir, we also need to get you to the hospital, I found out this morning that your driver has a flu”

I saw the girl shift back on the bed.

“What are you doing standing there? Get him to the hospital immediately” the girl screamed.

“WTH is with this girl, why isn’t she bothered?”

“Better do something fast” I looked at Jerry in the eye.

Sweat was breaking on his forehead already.

“Sir, I just got a from the TiVip” he tried again

“We’re in more shit than we ever imagined. I think your rival called them in. They threatened us”

TiVip is a very powerful gang here in Ohio. People are scared of them even the police and government officials. No one wants to enter their net mistakenly.

I looked at the bed, the girl isn’t there. Where’s she?

“Bye I’m off and I’ll pretend never to know you” I heard her distantly say.

She must have reached the front door.

“That was brilliant” I slapped Jerry on the shoulder.

“Thank you sir” he smiled.

As I entered the car, my phone rang.

I looked at the caller ID and switched off my phone

She must have called him!

I collected it with a sigh, there’s no escaping this one.

📞  “When will you come home to pick your bride. I need to see my grandchildren”

📞”What’s my business with your work? Are you drunk again or are you with a prostitute?”

📞”Mum, I don’t want to pick a bride there, they’re all stupid and naive”

📞”Are you insulting my hometown, you know that’s where I come from”

📞”Sorry ma but when I’m ready to get married, I’ll get a wife here”

📞”It’s against the tradition”

📞”I don’t care about the tradition” I replied

📞”Well then, your sister will have to suffer for your mistakes”

“What mum!!! Please don’t. I don’t want to” I heard Brenda sob under

📞”Your Sister will be married off to your father’s oldest friend. He already asked her hands in marriage. Only you can stop it my coming home” she hung up.

“Aaaaarrrrggghhhh, using my weakness against me is against the court of Law”

My sister can’t be punished because of me.

“You’ve thrown my phone out in frustration sir”

“Stop at a mall and get a new phone, also we’re leaving the office early. I need to prepare for my trip tomorrow”

What do you think about the first episode??

5 thoughts on “THE PRINCE MAIDEN 1”