The Relationship between Zubby Michael and Prophet Odumeje

The link between Zubby Michael and Odumeje 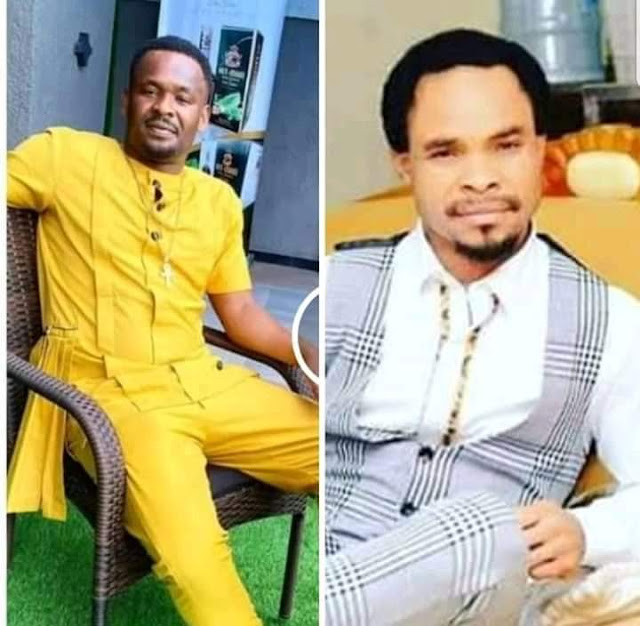 (I DON’T KNOW IF I WILL MAKE COMMON SENSE HERE).
ON ZUBBY MICHAEL, ODUMEJE AND THE RECENT HULLABALOO ABOUT THE FORMER’S MEMBERSHIP OF ODUMEJE’S MINISTRY.

First of all, Nigerian fans are nothing but negative catalysts, who are greatly skilled in the art of spurring two friendly celebrities into perpetual enmity. My question has always been, “Wetin you gain?”.

P-square, the most popular African duo developed sharp hatred for each other, all because of the activities of their ‘Fans’. They wanted to please their fans, to meet up the expectations of their fans, to satisfy the desires of their fans. Today, they are no longer together, the same fans that caused their break up, are now busy arguing about who is better between Mr. P and Rudeboy.

Back to Odumeje and Zubby. Zubby stated clearly in his video that his fans kept asking him if Odumeje was his Pastor, and whether his acting prowess and success can be traced to the Prophet. In a bid to SATISFY HIS FANS, by clearing the air and responding to all useless comments, HE GOOFED in the eyes of the same fans.
Zubby explained that Odumeje and himself have been best of friends from childhood. He stated that Odumeje came to his house-warming party and sprayed a whopping #1.2M on him, he said he(Zubby) reciprocated the gesture by spraying #500k at Odumeje’s birthday party. Does that ring a bell?

Zubby added that he goes to Odumeje’s church as a friend, not a member of the church. He added that anybody who is saying that Odumeje made him what he is, is insulting God. Is Zubby’s faith supposed to be the business of the so called fans?
Let’s set the records straight, I know many churches in Abuja, Lagos and Port Harcourt, who rose to the limelight with the influence of Celebrities. One of the most famous churches in Abuja brings a celebrity to the church every Sunday, and even hire congregation to fill up the church.

If Odumeje brings in Zubby, as a movie star, whose presence in the church could attract at least 200 unpaid fans of his to fill up the church’s auditorium, does that make Zubby an Indaboskian? Do you know the terms on which Zubby identifies with Odumeje and his church beside their friendship?
Zubby added “You can enjoy the show but don’t talk rubbish. If you invite me to your own show and pay me, I will come”. You don’t judge an actor by his actions, you don’t know which is stage-managed.

Even during village festivals, celebrities are paid to grace the events and influence the attendance. They get actively involved even in the rituals and everything looks real. Does that make them indigenes of that community? Or members of the Masquerade cult they featured in? Rushing to condemn what one does not comprehend is evil. There’s a clear cut difference between a fan and a gossip.

The Nigerian audience are too wicked to the extent that when seeing a movie, they leave the dramatic actions and focus on the setting of the Movie. They would start making cynical comments such as “Na Asaba be this na, I Sabi this junction for Asaba”. Even when in the context of the story, the characters refer to the same place as Abuja. Is it your Abuja? Can’t you just believe the lie and understand the fact that a perfect actor is a perfect liar?

If anything goes wrong between Zubby and Odumeje tomorrow, hold their fans responsible. They are the ones sowing seeds of discord. Allow Zubby to do his business and know how to differentiate between career life and private life. Zubby’s faith is his private life and remains his personal business. Those calling on him to apologise to Odumeje are the real idiotilities. Enjoy the show and let them be.

Zubby is simply pursuing his dream of having multiple streams of income, don’t use your hypocrisy in the guise of a fan to tarnish his hard-earned image and efforts.

Get busy with your own business. I love Zubby, for being so real. However, he should learn to avoid some useless questions from fans. Fans are like friends, they make you, and break you if you are not careful.

Lockdown for better or for worse